Earlham’s history is lovingly preserved in the original 1860’s home of founder, David and Mary Hockett. Built in the 1860’s, The Hockett House is a typical small settler home. Over time a dining room, kitchen and two small bedrooms were added and the first room became a parlor. Early settler furniture has been donated from area residents. The daybed came from Earlham’s first furniture store, owned by Joshua Thorton in the 1870’s.

The surronding flowerbeds are representative of late 19th century Iowa gardens. Hockett family members have lived in the house for much of its history. It was updated in the 1940’s by David Hockett’s granddaughter, Gertrude Hockett Walton.

David Hockett (1830-1903) brought his wife, Mary Jane, and three children to the Earlham area from eastern Iowa by ox team and wagon in 1865. They settled on 200 acres where Earlham stands today. By deeding a land string to the C.R.I. & P. railroad and selling a third of his acres for town development, Hockett was instrumental in the founding of Earlham in 1870.

The old stone school house was the first public school building constructed in Earlham (circa 1872). It was built of native limestone with a later brick addition.

The Hockett House and Old School House Museums are open to the public every Sunday, 2 PM to 5 PM, from Memorial Day weekend to September 30th. Admission is free. Special group or school tours may be arranged at other times by calling Carol Harris at (515) 758-2600. 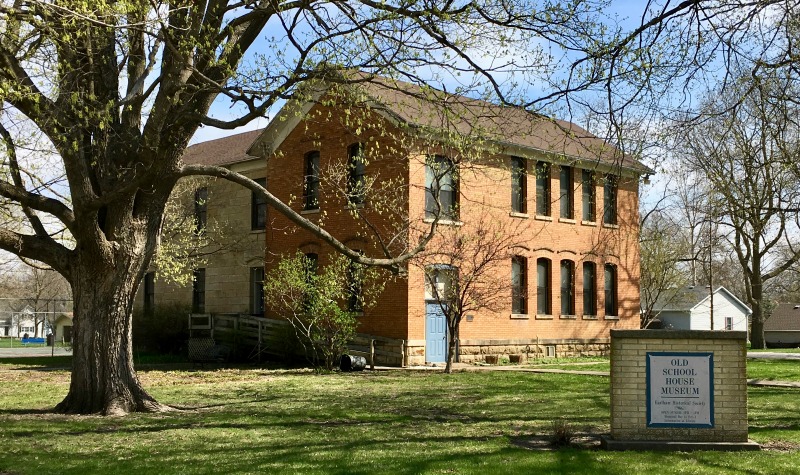 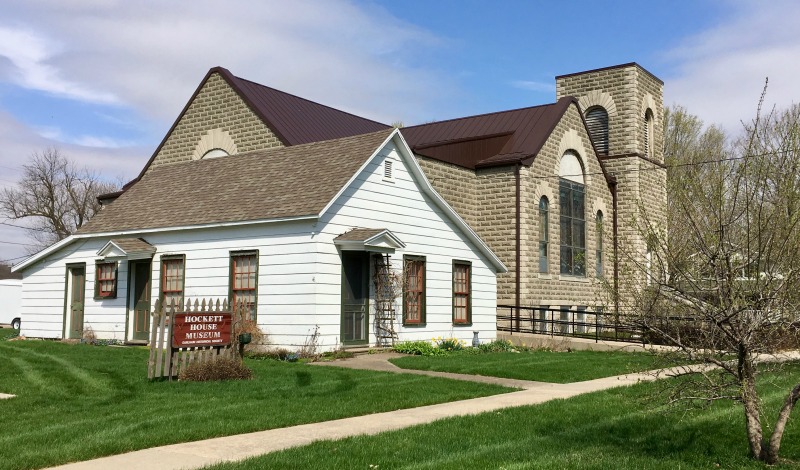 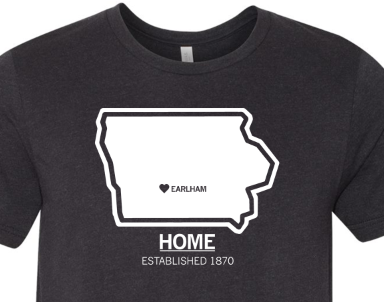